The Laigneaus restored the unique royal Rivau stables which once bred stallions for the King of France and created 14 fairytale gardens.

FOR THE BEST EXPERIENCE OPEN IN BROWSER AND TILT YOUR PHONE
This website uses cookies to ensure you get the best experience.
Here are the Terms of Use and Privacy Policy
OK
@Castles_and_palaces' owner Artiom Ganin sat down with Caroline Laignaeu of Chateau du Rivau in central west France's Indre-and-Loire department. For those of you who are in love with the classical French literature the name of the castle will ring a bell. This is because it is mentioned in Francois Rabelais' Gargatua where it is given to captain Tolmere as a reward for his victories. Caroline's parents bought the Chateau du Rivau in 1992 and have been working hard to give it a kiss of life. The castle is now a cozy hotel with beautiful gardens and the family also makes great wine. So while on a trip around the Loire Valley do stop by Chateau du Rivau. 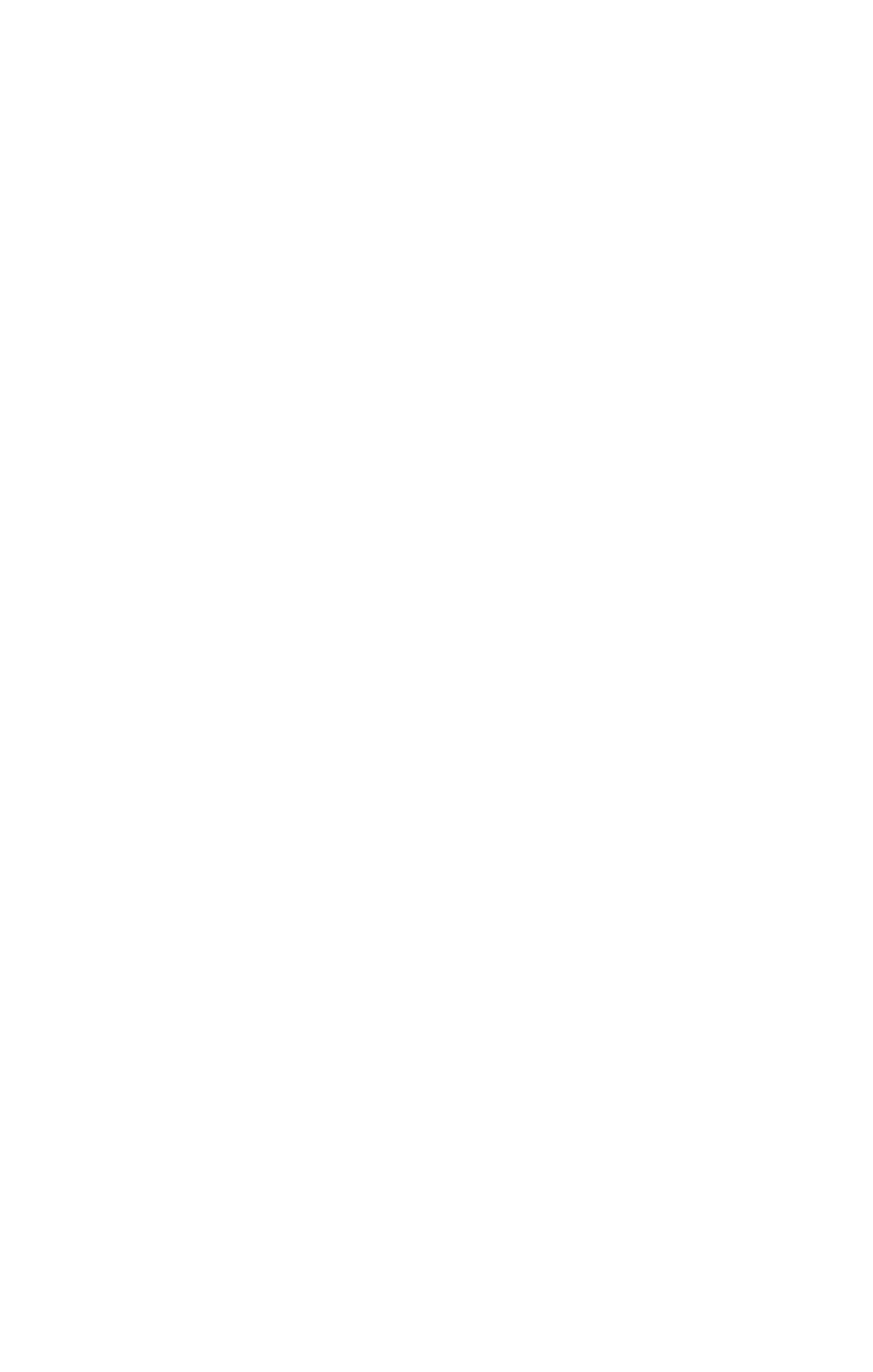 THE HISTORY OF THE PURCHASE

Castles_and_Palaces: Caroline, is captain Tolmere a fiction or reality?
Caroline Laignaeu: It is a fictional character.

CnP: Your castle looks just fantastic as if it has been owned and taken care of by your family for centuries!
CL: Well, we are not French aristocrats but we do value French history and take care of a part of French History in form of Chateau du Rivau. My family is of Armenian and German origin on my mom's side and of English and French descent on my dad's side.
CnP: Why have your parents decided to buy this castle?
CL: My parents fell in love with the Chateau du Rivau. My dad wanted to buy a house in the countryside not too far away from where the family was from and they visited Chateau du Rivau. It was in the middle of a real estate crisis and the castle was in disarray and very cheap. He thought he was getting a good deal! My mom fell in love with the castle and when she met the owner of the time the great French painter Pierre-Laurent Brenot she found out that he was the one who painted her and her sisters when she was a kid! She saw this as an act of Destiny and was determined to buy the castle!
Chateau du Rivau
CnP: Such a coincidence! Really looks like an act of destiny! So they bought it from famous Pierre-Laurent Brenot!
CL: This is correct! Brenot lived in the castle from 1960 to 1992.
When my mom found out that the owner - French painter Pierre-Laurent Brenot - was the one who painted her and her sisters when she was a kid, she saw this as an act of Destiny!
Where is Hugh Capet, the King of the Franks, believed to be born?
CnP: What was the state of the castle when you acquired it back then?
CL: It was not in a great state, we had to restore it all! From inside out! We also recreated the former entry and the gardens. Thirty years have passed but you know it is a never-ending job. Next year we'll need to make an intervention to mend the roof of the barn which we use for receptions. First of all my parents made an assessment of what needs to be done – just to get an idea about the scale. Two years later restoration works began which were supervised by Arnaud de Saint-Jouan, the chief architect of the historic buildings of France. Windows, roofing, frameworks were replaced, certain beams were reinforced according to traditional techniques. And after 20 years of work in the castle… a fire broke out… Imagine we had to start all over again. Thank god we had great people who helped us.
A view of Chateau du Rivau from one of the gardens

THE GARDENS, THE ART AND JOAN OF ARC

CnP: It is terrible to see that what you've done is destroyed by fire. Let's talk about your extraordinary gardens. I know that your mother has a passion for gardening.
CL: This is absolutely right. The gardens were created by my mom. When she saw the castle for the first time she felt it was like a fairytale castle so she decided to create fairytale gardens. They are full of fantasies and nature comes first. You can walk around the gardens – 14 of them in total - and enjoy the peace and quiet of nature. Our gardens have been praised by a special organization which decides which gardens are great. So they are great. Can you imagine that we have a collection of more than 300 roses.
CnP: I assume you invested quite a lot to restore the castle. Are there any tax breaks for those who take care of the medieval heritage sites in France?
CL: There is help from the state for the renovation and there is a tax cut in the inheriting tax.

CnP: And some say that inheriting a castle in France is a curse!
CL: Obviously – because it's very expensive to keep it.
CnP: Going back to the restoration. Has the castle preserved the authentic looks? I mean owners tended to build and rebuild to follow the latest architectural fashion – like medieval castles transformed into renaissance ones and then to Gothic Revival, etc. Did you follow old documents when you restored it and which epoch does the castle represent nowadays?
CL: In France, renovation of historical monuments is strictly controlled. You have a historical monument architect that has to follow the renovation. However those architects often have a preferred time period and the question is always when you are renovating a castle if you are renovating it like in the Medieval time, the Renaissance, the 1700, etc. Chateau du Rivau is a mix of Renaissance and French medieval styles.
A chamber at Chateau du Rivau
CnP: What are your roles in the castle?
CL: My dad is in charge of all renovation works. My mom is in charge of the garden and she takes care of the art exhibits. As for myself - I am in charge of running the castle on a daily basis. I receive visitors and make sure they have everything to enjoy their stay in the castle.

CnP: You say exhibitions – do you have a museum?
CL: We work with contemporary artist and exhibitions change every year. We have sculptures displayed around our beautiful gardens. Come to us to see works by Fabien Verschaere or say Cat Loray. We also have medieval reenactment tournaments – once a year in August.
After 20 years of work in the castle… a fire broke out… Imagine we had to start all over again.
CnP: You live in the castle, don't you?
CL: Yes, but not in winter when it is too cold and too difficult to heat up. But in the summer time and in spring or early autumn it is very nice inside. The castle is very modern and very comfortable. We have WiFi, heating and AC. But you know – it is big, the distances are huge so it is sometimes a bit difficult. To reach my room I have to walk 93 steps up, so I am careful not to forget my phone or my keys in the morning when I go down! By the way my room is my favorite place in the castle - I have a view on both sides and I can see the city of Chinon on Vienne and the lands around it. I love the view so much it is so peaceful.

CnP: Please share an interesting fact about your castle?
CL: There is an underground passage that leads to the outside of the castle. It was designed so that the lord could escape during a siege for instance. We are now working to restore it! Also, in the well, there is a place to hide in case of an invasion. I have one more interesting thing to tell you. When the Hundred Years War was coming to en end, and right before the siege of Orleans, Joan of Arc and her followers came here to get horses. It was already well-known for the quality of the battle horses which were bred here. And we had unique stables that supplied royal stallions back in the 16th century. This is the time when the stables were remodeled from medieval stables to become a real gem of the castle. Back in the Middle Ages the building was simple and functional. It had no ornaments and then it just changed. The stables got decorative elements as well, the building became not only functional but remarkable too. Imagine – it was for the first time in the equestrian architecture! The royal stables were right at the entrance of the estate housing king's horses and horses of the lord of the castle.

CnP: This is incredible! You say the stables were rebuilt in the 16th century, if we look at the castle, what's the oldest part?
CL: The oldest part is the keep!
Sun is rising over Chateau du Rivau
CnP: Are all of your ghosts wandering there now?
CL: I am not sure about the ghosts. But there is one thing which I am sure of – we have a strong magnetic field here. People also say that the nearby village of Lemere, which is just 3 kilometers away from the castle is a village of witches!

CnP: Sounds scary! But I think it draws people like a magnet. People love such stories. At least I would be inclined to spend a night in a castle next to a village of witches!
CL: Go for it! We are a hotel and a castle which is open to public. Most people like to visit or stay here to experience a smaller fairytale castle. It is a convenient castle, a human size one if you understand what I mean. Here people can feel this connection between an individual and a castle. We have 10 rooms so it is quite small. But sometimes for weddings we have up to 300 guests. But in this case not all of them stay in the castle.
The Virgin Mary miracle - Chateau de Veves
People say that the nearby village of Lemere, which is just 3 kilometers away from the castle is a village of witches!
CnP: Why have you decided to produce wine? Was it part of the initial plan?
CL: It was not part of the initial plan but we checked the history of the castle. It was a place of agriculture so I had to go back to school to learn a bit of agriculture and wine making! So we produce our own Chinon Wine, which pairs well with red meat. We also grow our own vegetables at a castle farm. You can taste all this at our restaurant. By the way we get meat and cheese from local farmers - simple, fresh and healthy food - and this is mutually beneficial. They get a source of income, we know where the food comes from and it is good for the economy of the region.
CnP: Do you sometimes feel you just want to leave the castle life behind and return to the city?
CL: I want to help the French countryside. The castle is the only cultural and economic activity around in the area so we can give hope and certain meaning to all the people who live here. I feel for the countryside and it is often left aside in politics which is very sad. If you would ask me if it is profitable to run a castle I would tell you that it is more about passion.

CnP: What would you tell those who want to buy a ruined castle, restore it and turn it into a majestic hotel?
CL: Good luck!
We very much hope that you loved the story told by Caroline Laigneau who runs Chateau du Rivau in France!